As some of you might know, I’m currently engaged in the rather draining task of writing my MA dissertation on the birth of fashion magazines in Georgian England. It’s a fascinating topic, and fed up though I am of bloody writing, I thought it might be nice to share some titbits with you.

There is one Georgian trend which above all others I would love to see reinstated, and that is beauty patches. They were usually little pieces of gummed taffeta, velvet, leather or paper which would be applied to the face and neck and invariably look fabulous.

Patches, predominantly in the form of crescents, are thought to have first appeared in Roman times, and were used either to hide blemishes and eruptions, or for ornament. The trend apparently originated to cater to a Turkish taste for moles – slaves with beauty spots even commanded higher prices at auction – which must have spread to Rome and from there, much later and after a long hiatus, to the rest of Europe. After all, the eighteenth century saw the use of cosmetic products, or ‘paint,’ surge like never before. The toilette became an important and social part of the day, during which men and women alike would gossip away, while smothering faces and hair in white powder, rosying cheeks and rouging lips in glamorous abandon.

Patches no doubt served a very necessary aesthetic purpose, covering ubiquitous smallpox scars (or worse: Hogarth’s Viscount, in his Marriage A-la-Mode series,  is concealing the syphilitic results of a debauched life spent among mistresses and brothels), but they were also used as a sort of (openly) secret language. They came in a variety of colours and shapes (stars, ovals, hearts, diamonds, as well as the classic ‘dot’), but their meaning also depended on where they were placed on the face. It was often hints of a romantic nature which would brazenly be displayed for the world to see. The side of the upper lip, for instance, was the spot of choice (no pun intended hehe) for the flirtatious young woman: the equivalent of wearing green to a modern day traffic light party, if you will.

Perhaps more interestingly though, patches would also be used to flaunt political persuasions. 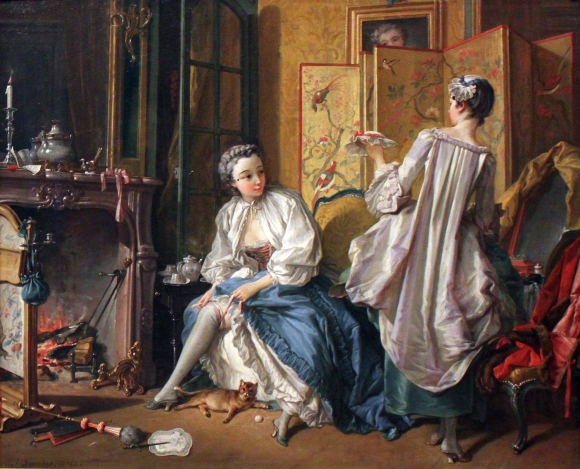 We have a clear account of just how widespread the language of patches really was back then in an article published in June 1711 on The Spectator. The unnamed reporter professes himself astonished at the sight he is greeted by one night at the Opera, a sight he goes on to describe as ‘Party Patching.’ Here we have an example of how an article of fashion was used by women to express an opinion which, had it been expressed verbally, would have gone largely unheard. The women at the theatre in the Hay-Market have unapologetically fashioned themselves a public persona, and in this particular case, are found promoting their political allegiances.

About the Middle of last Winter I went to see an Opera at the Theatre in the Hay- Market, where I could not but take notice of two Parties of very fine Women, that had placed themselves in the opposite Side-Boxes, and seemed drawn up in a kind of Battle-Array one against another. After a short Survey of them, I found they were Patch’d differently; the Faces on one Hand, being spotted on the right Side of the Forehead, and those upon the other on the Left. I quickly perceived that they cast hostile Glances upon one another; and that their Patches were placed in those different Situations, as Party-Signals to distinguish Friends from Foes.

Our reporter is adamant in his judgment: women should abandon any pretence of political involvement and strive to ‘distinguish themselves as tender Mothers, and faithful Wives, rather than as furious Partizans:’

Female Virtues are of a Domestick Turn. The Family is the proper Province for Private Women to shine in. If they must be shewing their Zeal for the Publick, let it not be against those who are perhaps of the same Family, or at least of the same Religion or Nation, but against those who are the open, professed, undoubted Enemies of their Faith, Liberty and Country. […] Would our English Ladies, instead of sticking on a Patch against those of their own Country, shew themselves so truly Publick-spirited as to sacrifice every one her Necklace against the common Enemy, what Decrees ought not to be made in Favour of them?

As, quite understandably, very few women were willing to give up their necklaces, very few decrees were made in their favour.

Nevertheless, the toilette – the eighteenth-century equivalent of today’s ‘power breakfasts’ – remained the portion of the day in which women were able to reign supreme, during which they readied themselves and donned whichever message they chose to convey that day on their very person, in the assurance that it would be noticed. These little stickers gave women a voice in a man’s world – which I think makes them rather bloody empowering.

Think I’ll give them a go myself, anyone with me? 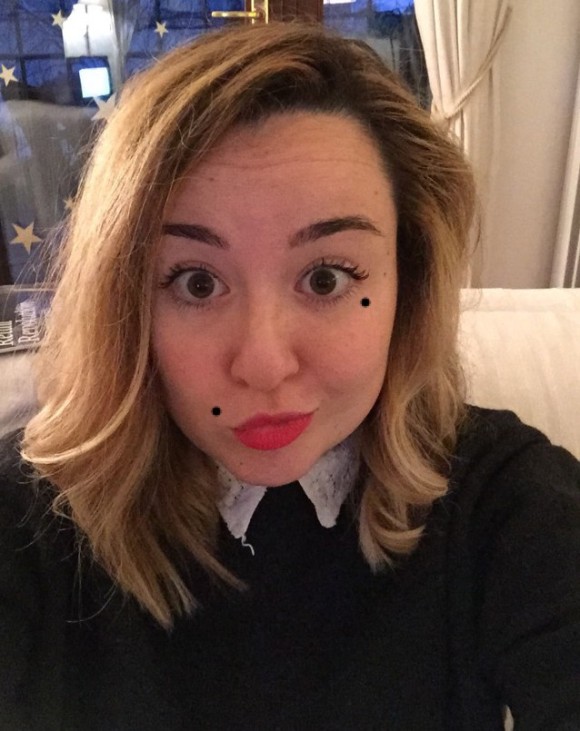 6 thoughts on “Bring Back: Beauty Patches”